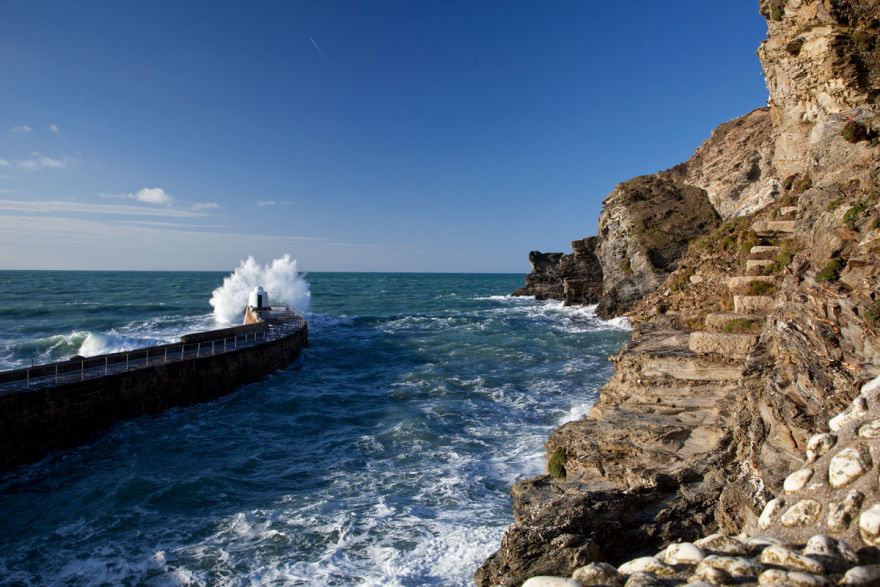 The narrow entrance to Portreath's harbour.

Anyone in their right mind would think that Portreath was a pretty infeasible place to build a harbour; especially a harbour for sailing ships. But that is exactly what was built here a couple of hundred years ago.

In those days Cambourne and Redruth were at the centre of the mining industry. There was tin to export and coal to import. As life was cheap back then it was a simple calculation.

Money could be made by shipping it straight from Portreath with a Mineral tramway connection rather than ferrying goods back and forth to Hayle just down the coast.

This photo is of a nice sunny day with a bit of swell running. Just imagine trying to sail a ship in here when things were a bit grimmer.