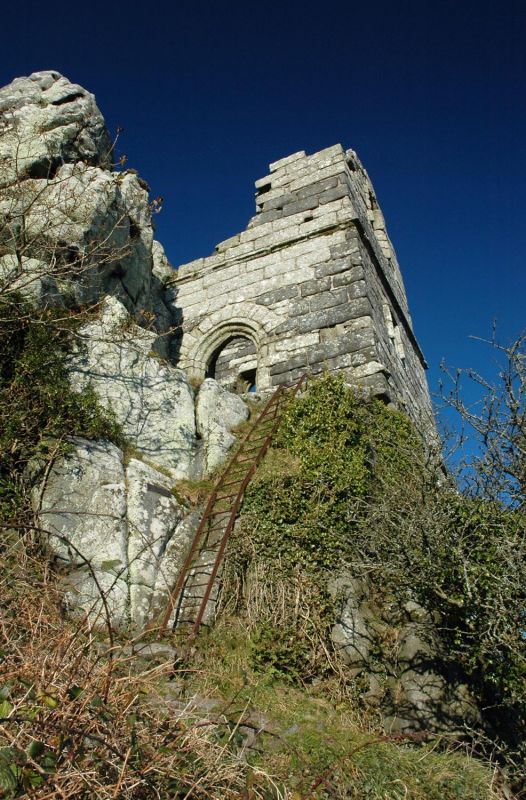 The ascent to the hermit's cell/chapel on Roche Rock. The ladder is pretty sturdy and obviously much later than the original 15th century structure attributed to the leper, Saint Gonand.

The chapel (dedicated to St Michael) also features in the tale of Tregeagle. It is where he sought sanctuary after being chased by demons.