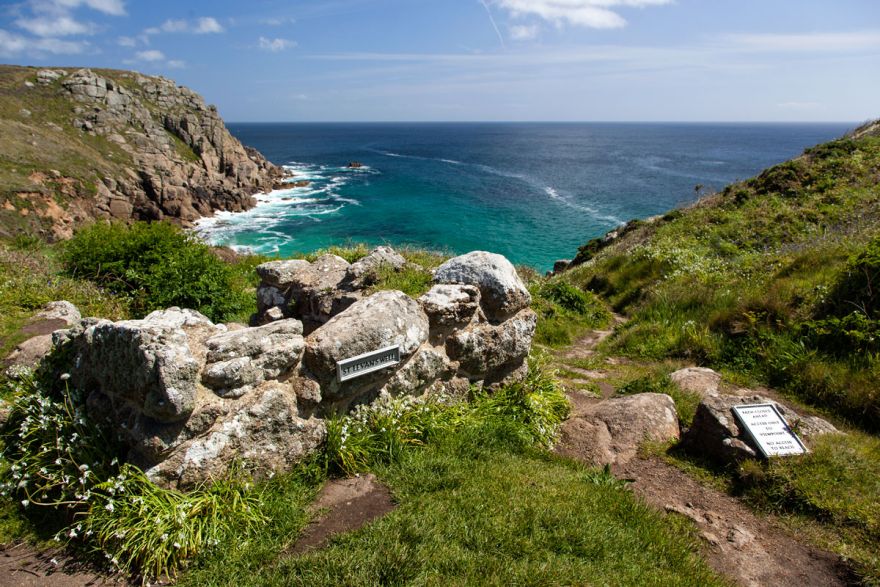 The holy well of St Levan is located above Porthchapel beach near Porthcurno. Apparently water from the well here is still used for baptisms in the nearby Parish Church.

In olden times it was said that drinking the water from the well would cure toothache and eye diseases. If you slept in the well this would further increase the chances of the cure.

Up until at least the mid 18th century the well structure had a roof of sorts so sleeping here might have been feasible.

The well is named after the Celtic Saintt Selevan. His ancestors came from Ireland but he was born in St Buryan in the 6th century.

There was also a chapel in the area, sometimes cited as the oldest Christian chapel in Cornwall. Whether this was on the site of the well here, where the current St Levan church is or elsewhere I couldn't establish.