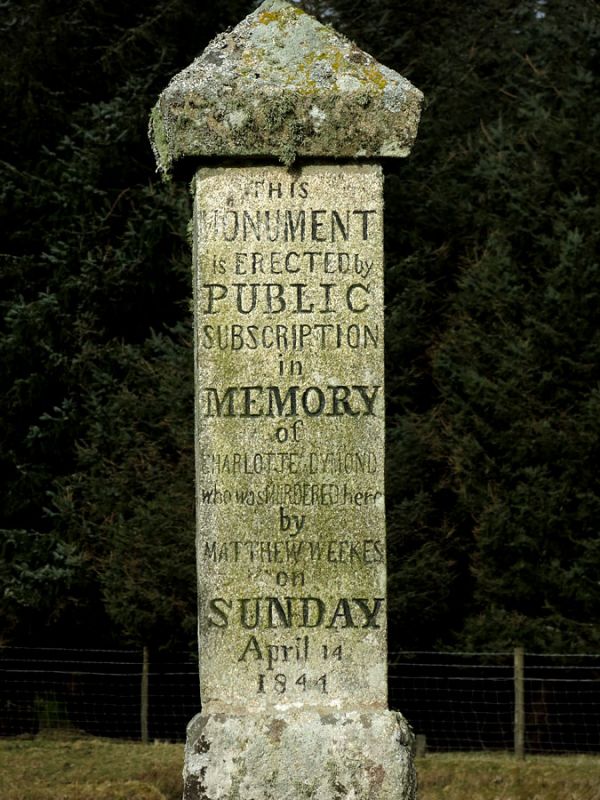 The Charlotte Dymond Memorial on the northern edge of Bodmin Moor marks the spot where the murder of the 18 year old servant girl took place on April 14th 1844. She was murdered by her boyfriend, Matthew Weeks who had found out she was planning to leave him. In a fit of jealous rage he cut her throat and left her dead on the bank of the stream at the foot of Roughtor.