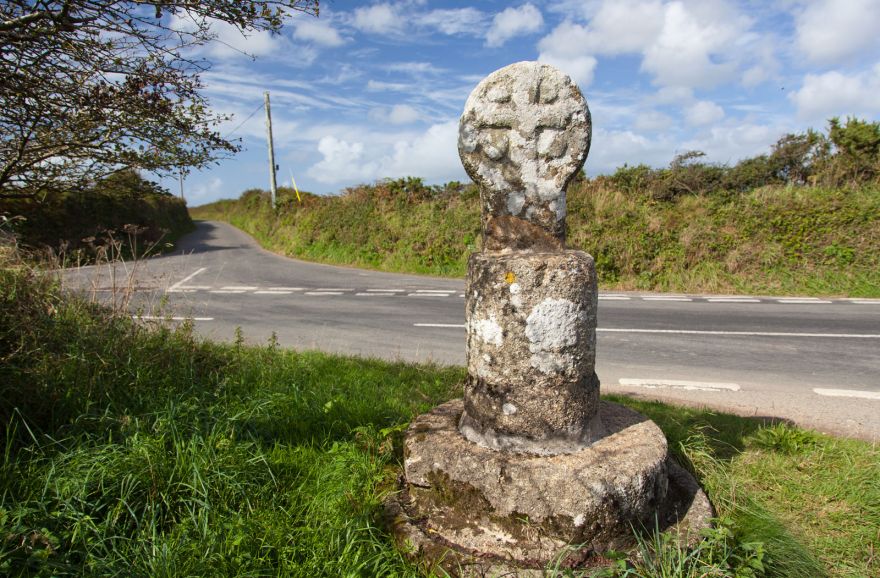 Sitting in a layby on the junction of the B3315 and Rectory Road, leading to St Buryan, is the Boskenna Cross. This wayside cross is a bit of a mish-mash of the medieval cross head and the much later supporting stones. The stones the cross sits upon are actually an old granite roller for the shaft and a cider press for the plinth.

The cross head was found buried in a neighbouring hedge in 1869 where it had been deliberately placed. This was common practice at the time of the Reformation (1540s) as such artefacts didn't fit in with the religious attitudes of the time. When initially discovered the cross was re-erected on a grass triangle specially created in the middle of the junction.However, after being hit by a lorry back in 1941 it was decided to move the cross to its current position at the roadside. However, this still wasn't sufficient to stop it being hit by a car in fog in 1992.