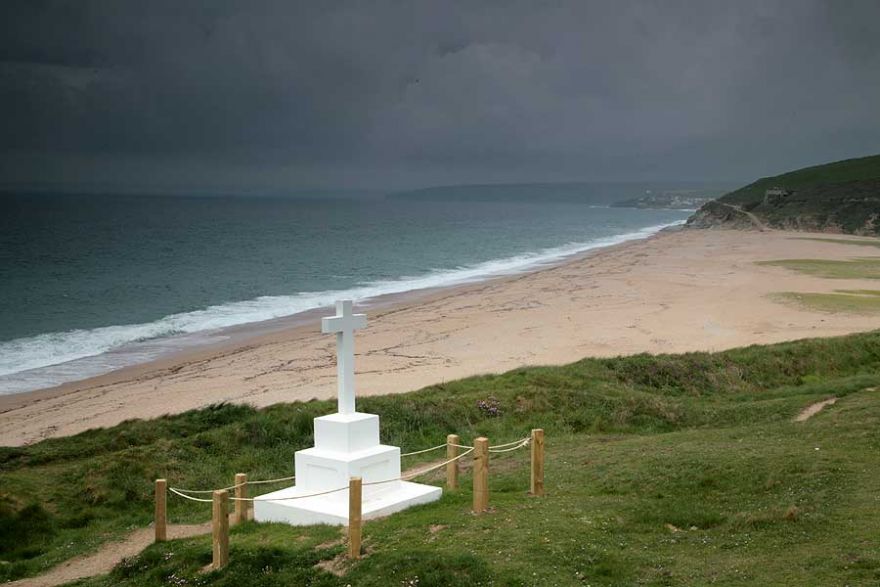 The H.M.S.Anson memorial on Loe Bar. Erected in 1949 the memorial remembers the more than 120 men who died when the naval frigate went down just yards from the beach in 1807.

The bodies were buried on the beach and cliffs, as was common practice - it was only a year later that an Act of Parliament was passed requiring a Christian burial.