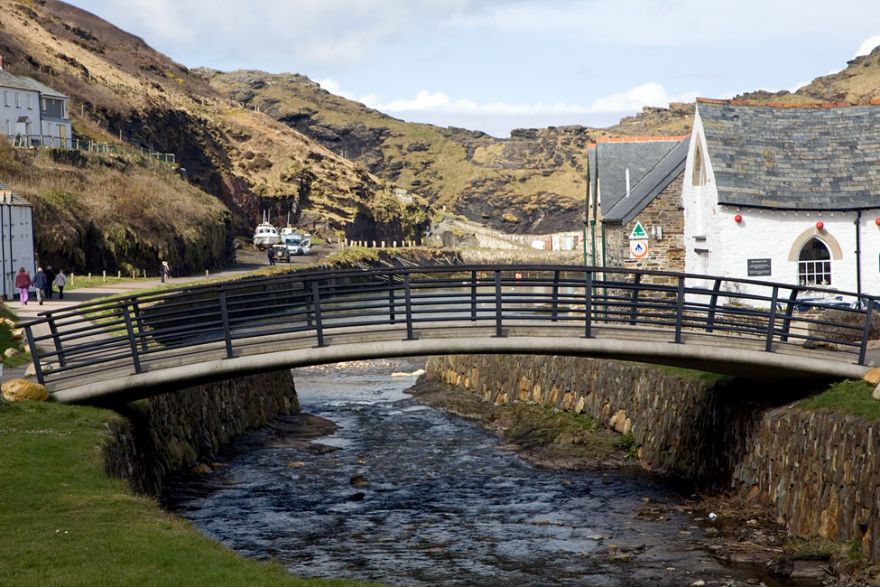 The new Lower Bridge in Boscastle buit to replace the existing bridge that was damaged during the flood in 2004. A replacement was also required as the river channel was widened from 5 to 10 metres.

The initial proposal was a traditional style granite faced, arched bridge. However, it was decided that this would dominate the view so a more minimalist, modern design was opted for.