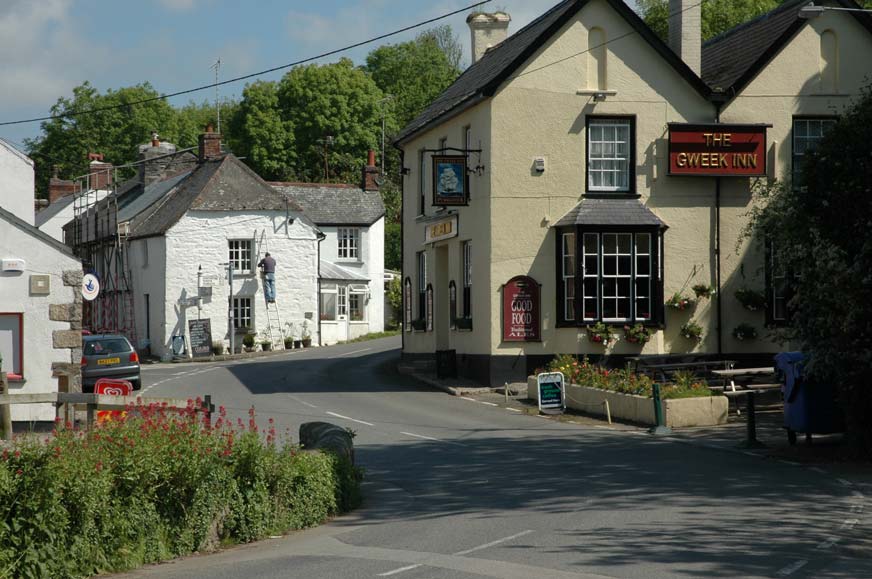 The old port of Gweek is located at the head of the Helford river and is the furthest navigable point on the tidal river. It is now mainly used to winter pleasure craft and there is a small boat yard here. However, in the past things were very different and it was a thriving bustling port with all but the biggest sailing ships able to dock here.

It is thought that there was a port here as long ago as 450 BC when tin was traded with the Phoencians. In Mediaeval times Gweek became the busiest harbour in the area since Helston ceased to be a viable owing to the build up of Loe Bar.

As the mining industry in Cornwall flourished, so did Gweek. Tin and copper from the mines in Wendron were exported and coal and timber, to run the mines, was imported. The decline of waterborne trade and the gradual silting up of the river (partially due to the waste from the mining industry) during the late 19th century led to Gweek becoming a sleepy, riverside village.

The village itself is fairly unremarkable, although its location more than make up for that. Set among the extensive woods of the Helford, Gweek is good spot to start exploring the area whether by land or water.

These days the village is perhaps best known for the National Seal Sanctuary, where injured seals or pups seperated from their mothers are brought for treatment, rehabilitation and hopefully release. The sanctuary is also home to some non-indigenous species such as Californian and Patagonian Sea Lions along with a variety of other animals, including otters and farm animals.