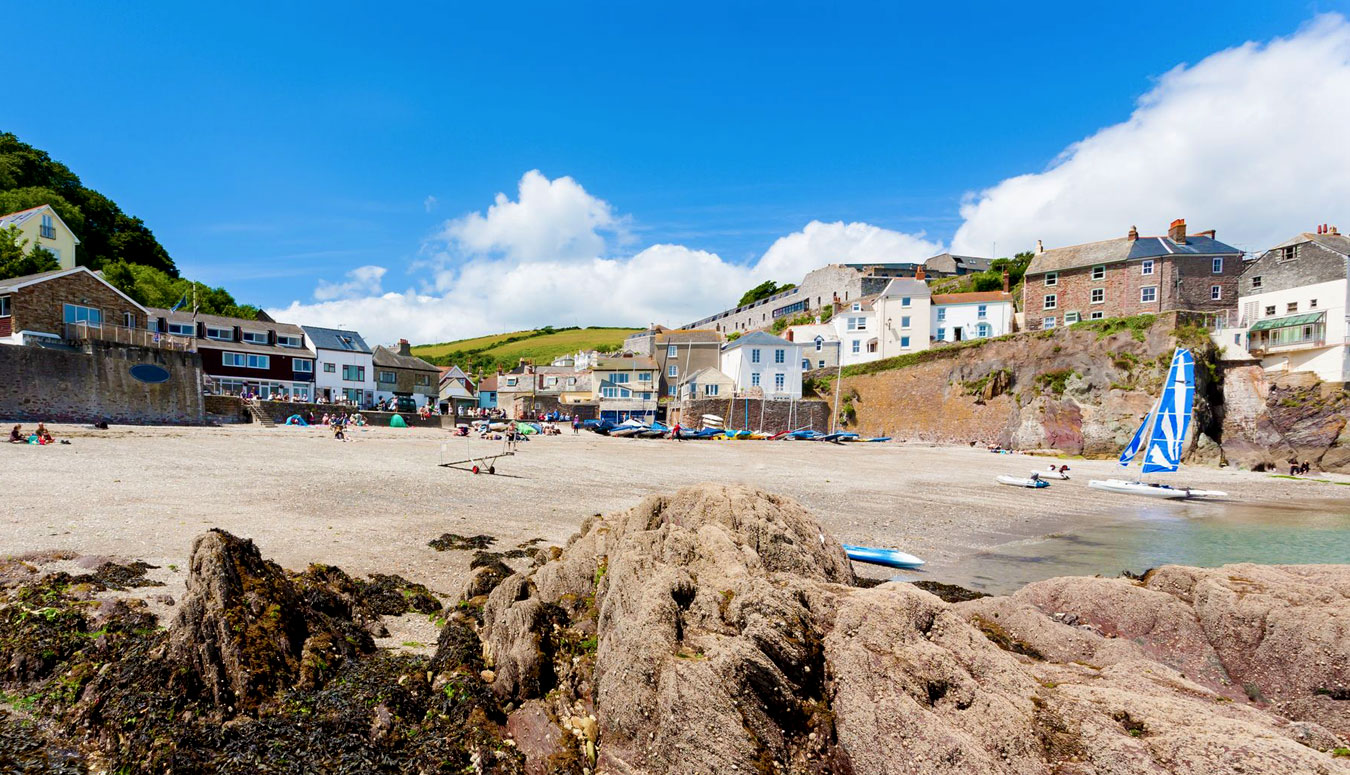 Amazingly, Cawsand and the adjoining village of Kingsand were once officially in different counties; one house near the Post Office still marks where the boundary lay. Nowadays both are firmly in Cornwall but often cater for hordes of day-trippers to its two beaches from nearby Plymouth. A small ferry service runs from Cremyll close by.

Small wonder that people come here, though, as it is one of the prettiest villages in the county with its narrow streets and gaily painted cottages perched at the water’s edge. The bay shelters many a boat and, in the past, attracted many a smuggler with its proximity to potential markets in Plymouth. Navy vessels also moored here previously, giving rise to the various pubs, many of which serve good food, such as the Halfway House and the Devonport