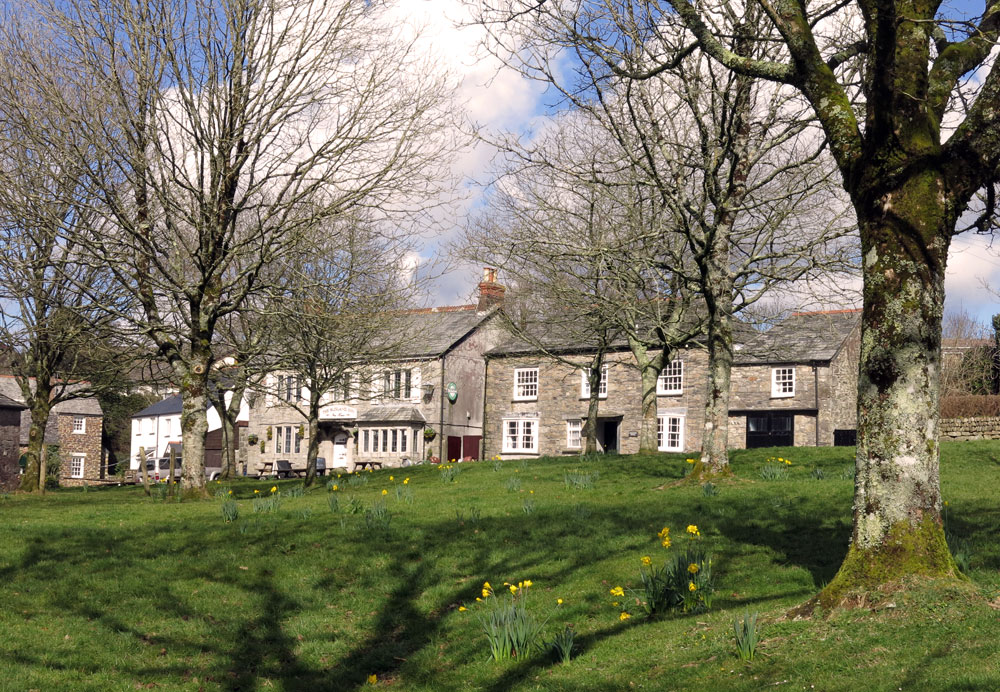 Located on the northwestern fringes of Bodmin Moor and 5 miles outside the town of Bodmin is the pretty village of Blisland . Unusually for Cornwall, there is a village green surrounded by mature trees. Around the green are grouped the majority of the granite houses making up the village.

The church of St Protus and St Hyacinth is considered one of the finest Norman churches around. Updated during the15th Century and having extensive interior remodelling in the 19th Century by FC Eden to include a stunning Renaissance style altar and decorated rood screen.
John Betjeman wrote of the village, 'Its glory is its church' and 'dazzling and amazing'.

The village pub, the Blisland Inn, is highly acclaimed being a former winner of the covetted CAMRA National pub of the year. Its reputation is largely built on the landlord's keeness to serve an ever changinh variety of fine ales - over 2,500 to date. Not only do locals travel from far and wide but it is conveniently positioned at the head of the Camel Trail .

Also of some interest is the old manor house situated on the edge of the green with it's gables and Norman features. Nearby Lavethan manor is listed in the Domesday Book but most of the current house was built in 1653 and is Grade 2* listed.

The moorland that surrounds Blisland contains many interesting sites sucha as the Neolithic Striple Stone circle , Henge Monument on Hawkstor Downs and two pretty stone 'clapper' bridges, Delphi and Bradford crossing the De Lank river . To the south is Poley's Bridge over the River Camel , built in 1848 with 5 arches made from huge slabs of granite