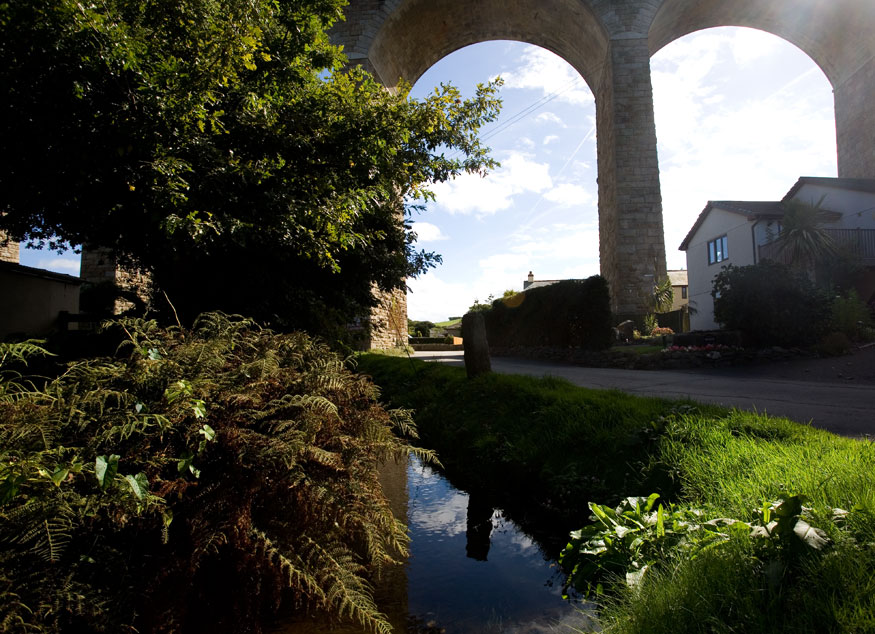 Angarrack is a village located in the parish of Gwinear-Gwithian in West Cornwall . The village, which is situated in a steep and narrow valley, is most famous for the imposing Angarrack Viaduct , which still carries trains travelling along the Cornish Mainline Railway across the Angarrack River. The Angarrack River flows through the valley before joining the Hayle River at Loggans by means of a specially-constructed culvert, designed to prevent the valley from flooding.

Angarrack, which is shown on maps as far back as the sixteenth century, was formerly a centre of the mining and quarrying industry. The steepness of the valley and the fast-flowing river led to the contruction of four mills, Trungle, Angarrack Mill, Grist Mill and Loggan's Mill. The Angarrack Inn, situated on Steamer's Hill, so called because of the steepness of the valley, owes its existence to the Angarrack tin smelting house which once operated nearby. The name Angarrack comes from the Cornish 'An Garrek', which translates as 'The Rock.'