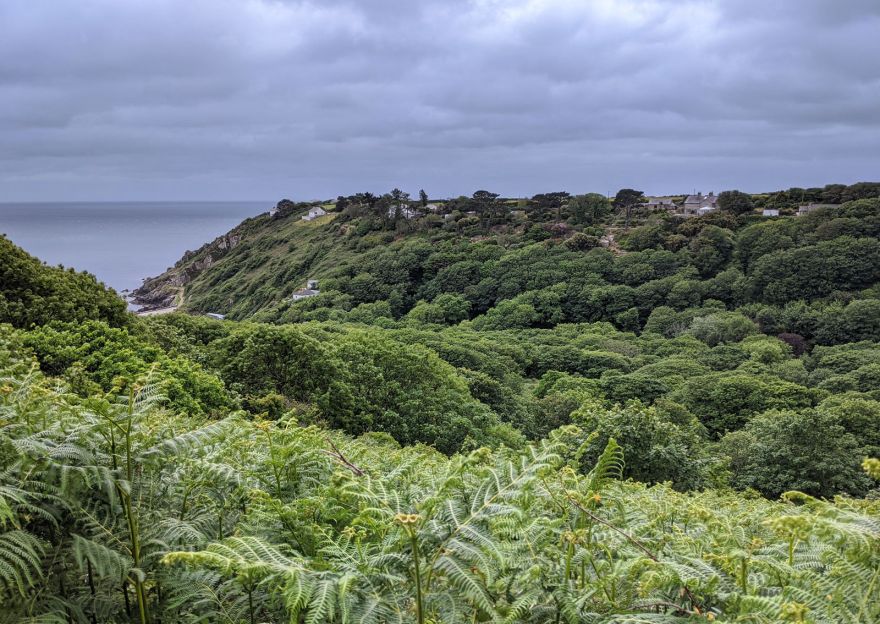 Looking down over the treetops of Lamorna Valley. This wooded valley runs down to the coast just west of Mousehole in far West Cornwall.

Lamorna Cove is probably best known for the community of artists who set up home here in the early 20th century. Artists such as Dod Procter, Lamorna Birch and Laura Knight, to name a few. It is an exceptional beautiful place with the thick, dark woods leading down to a rugged cove.