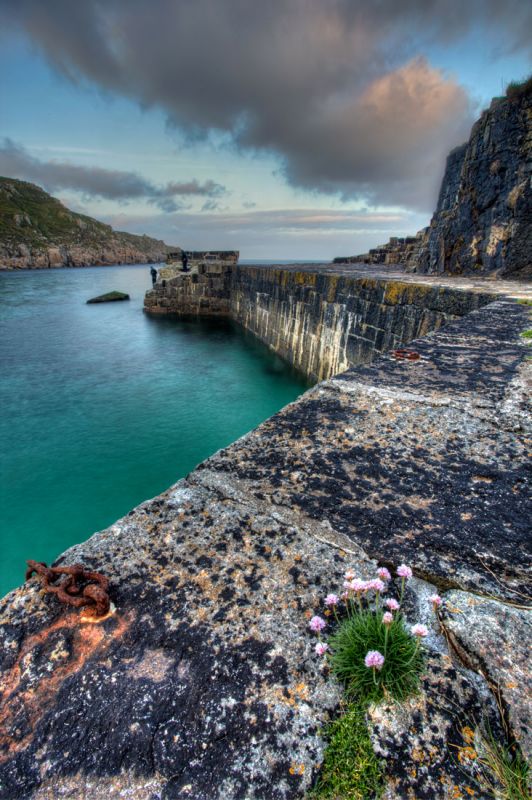 Lamorna Cove is set at the foot of a beautiful wooded valley. The cove itself is privately owned and consists of the harbour wall, a car park, a few cottages and cafe. Whilst car parks generally aren't particularly attractive, the cafe building doesn't do the cove any favours.

Sadly Lamorna Cove has the feel of somewhere in decline. The Grade II listed harbour was badly damaged in storms several years ago but the owner refuses to pay for repairs. It seems that family were happy to milk the cove for every penny but unwilling to pay for the upkeep of what is the rest of ours heritage.