The view to Land's End 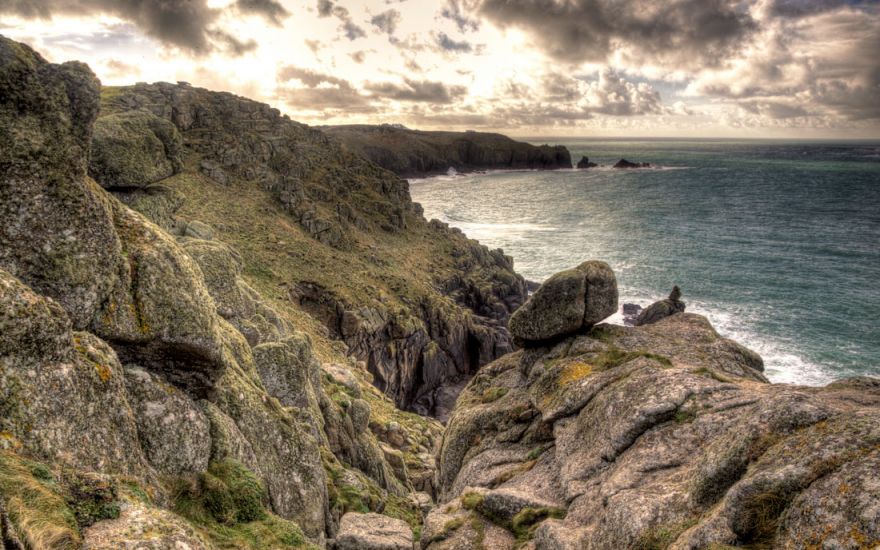 Looking across from the coastguard look out at Sennen towards Land's End - the very tip of mainland Britain. This was one of the calmer days of the early winter, other days 30 foot waves were rolling into the bay here and exploding against the headlands.

The bay here is known as Gamper Bay and that headland in the distance is Land's End itself. It is also known as Dr Syntax's Head for some reason unknown to me!