The Steepest Hill in Boscastle 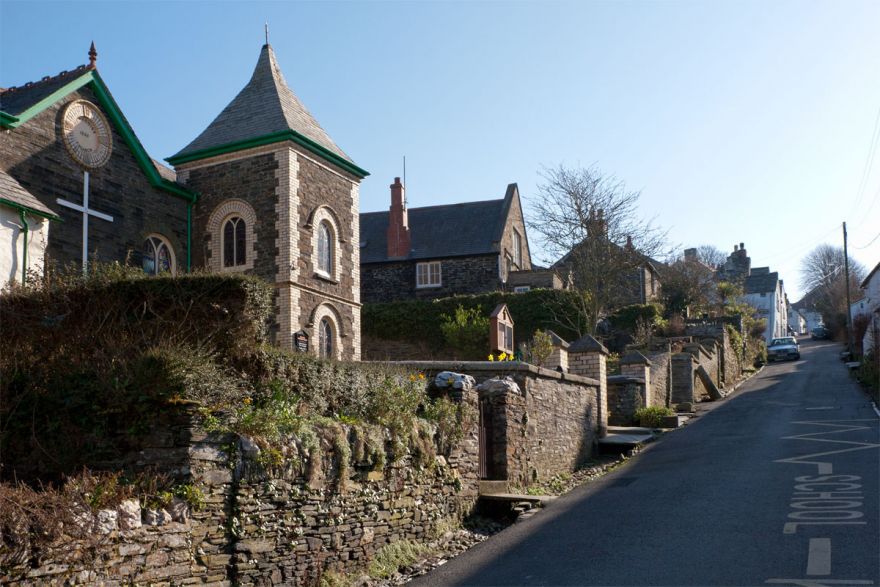 Looking up Fore Street in Boscastle, which is quite probably one of the steepest in this North Cornwall village.

The building to the left is Boscastle Methodist Chapel, built in 1825 by Thomas Pope Rosevear. His father had built a previous church on the same spot to give thanks for allowing one of his fleet of merchant ships safe passage to Boscastle Harbour.