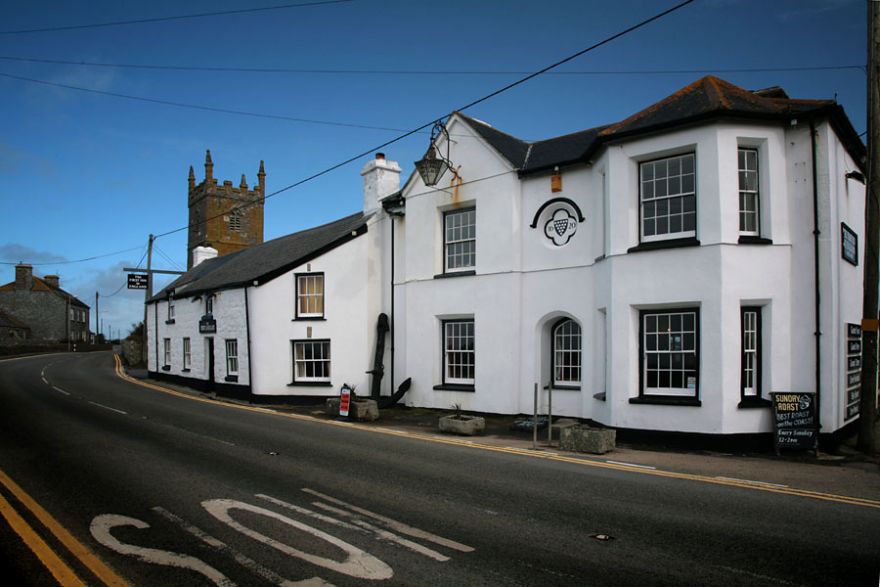 The 17th century First and Last Inn in Sennen gets its name from the fact it is the most westerly inn in the country. It has a colourful history dating back to the days of smuggling and wrecking. The inn is also said to be haunted by the ghost of an 18th century landord's wife, Annie George. It is said she crossed too many of the wrong people and eventually the village took their revenge. The story goes that she was staked out on the beach at low tide and left there as the tide came in.