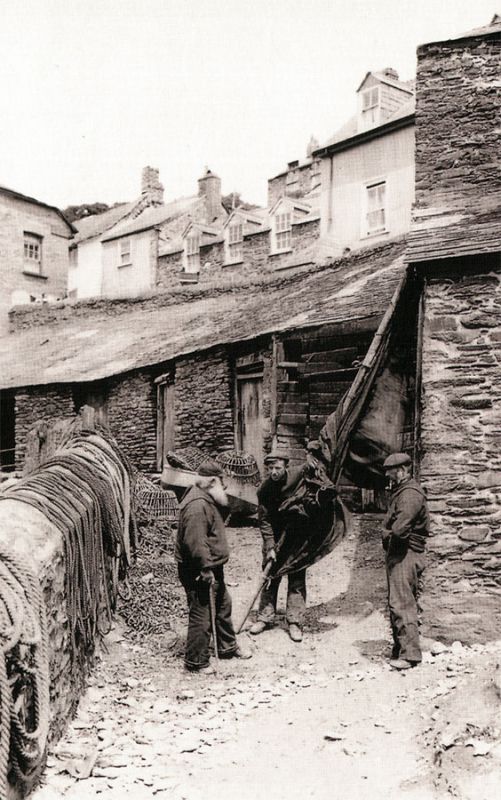 Fishermen yarning in the North Cornwall village of Port Isaac. The harbour here has been the focus of life here since the middle ages. Initially the harbour was a port used for importing and exporting heavy goods such as slate from Delabole and coal from Wales. It goes without saying that fishing was carried out alongside these activities and continued to thrive through the 19th and 20th centruy.