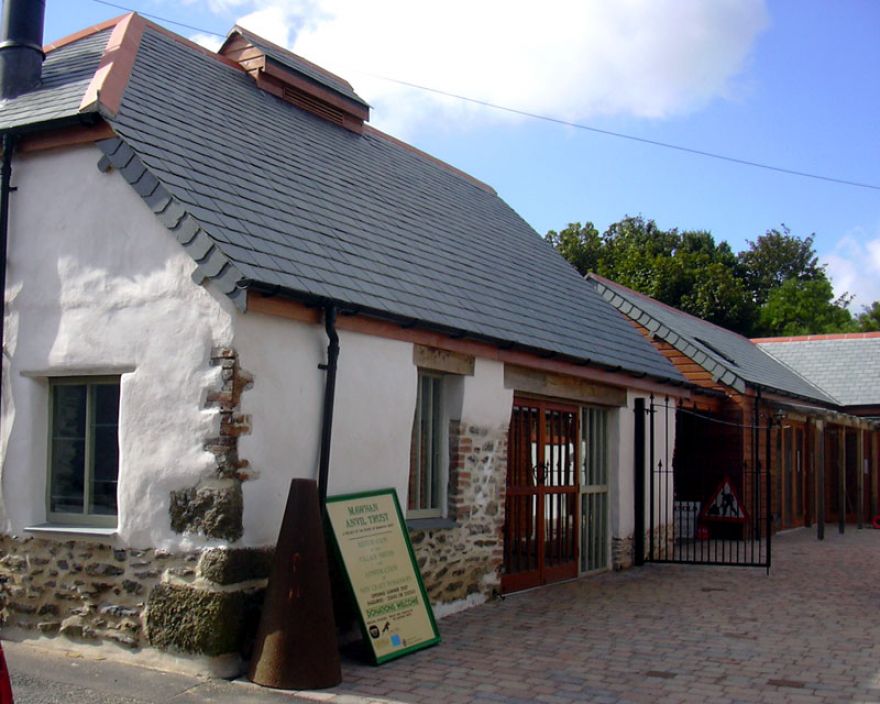 Back in its hey-day Mawnan Smith had no less than 4 smithies - hence the name.

A hudred years later there was only one, run by Billy James. When he died his son Dryden took over and ran it until his death in 1994.

The Mawnan Anvil Trust was set up to re-open the smithy and this is the result. As well as the smith there is now a craft centre