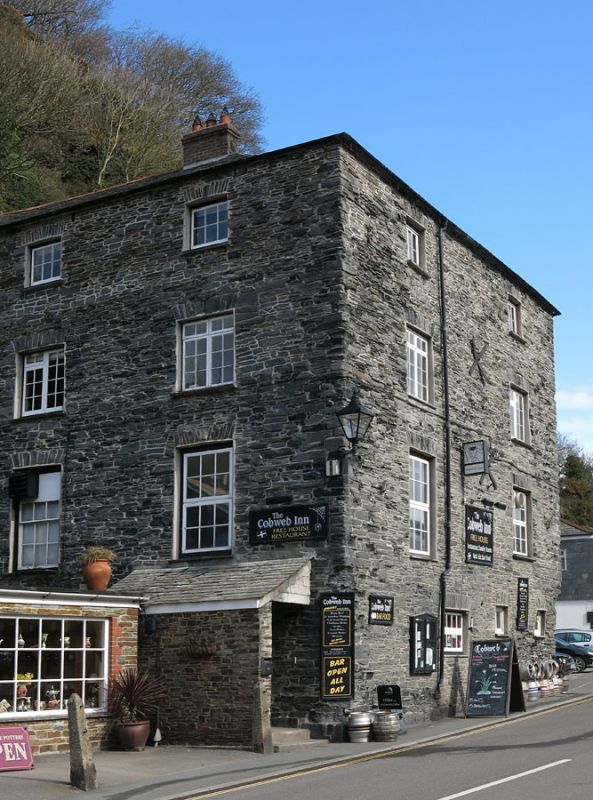 The Cobweb Inn in Boscastle has a tradition of selling alcohol dating back to the 1700s. Then it was a kind of off license and warehouse for imported alcohol. In those days there were no less than 22 pubs in Boscastle.

It was not until 1947 that the pub became the Cobweb Inn. It was named on account of the thick cobwebs that hung in the basement bars at the time. Apparently these were supposed to keep the flies away from the booze?!

Apparently some of the original cobwebs are still in situ!