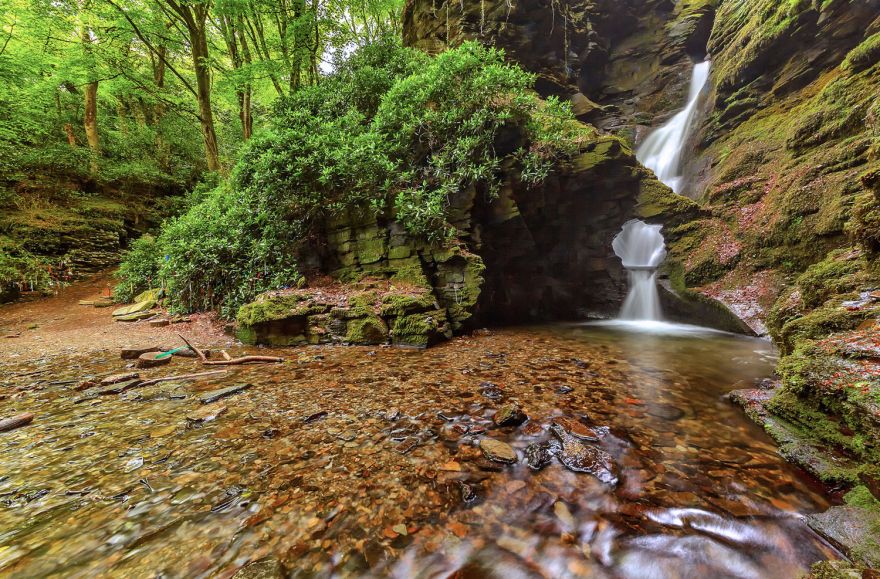 As well as being particularly picturesque the site is also believed by many to be a sacred place. It is reputed that the sixth-century Saint Nectan had his hermitage cell at the top of the waterfall and would ring a silver bell to warn ships of the dangerous rocks on the coast nearby.Today people adorn the site with ribbons, crystals and prayers.

St Nectan's Glen is designated a Site of Special Scientific on account of its flora and fauna. It is also privately owned and whilst entry to the glen is free a charge is made to visit the waterfall.