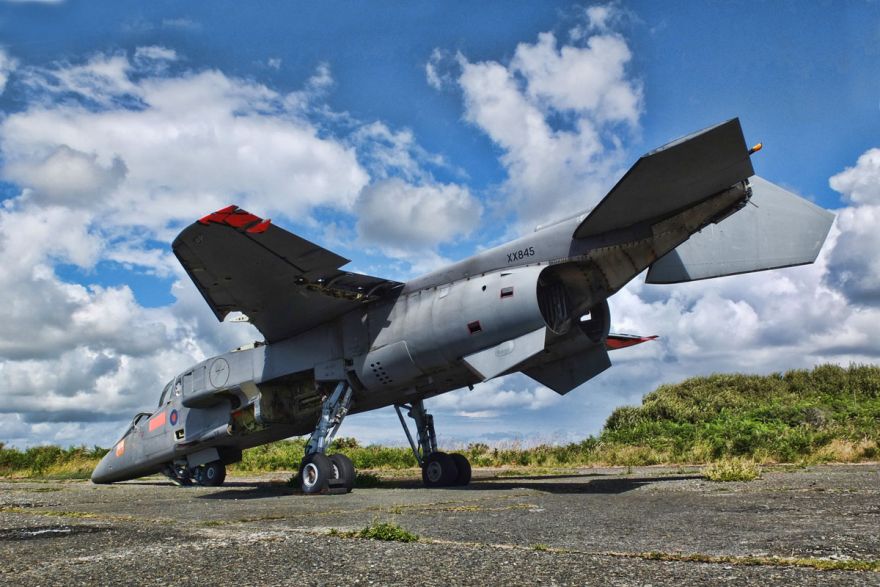 The wreck of an RAF Sepecat Jaguar T4, XX845 on the Royal Navy's Predannack Airfield. The base, located on the Lizard Peninsula is a bit of a graveyard for old aircraft.

These planes were flown between 1968 and 2007. Able to reach speeds just over 1,000mph the Jaguar was also capable of carrying nuclear weapons.