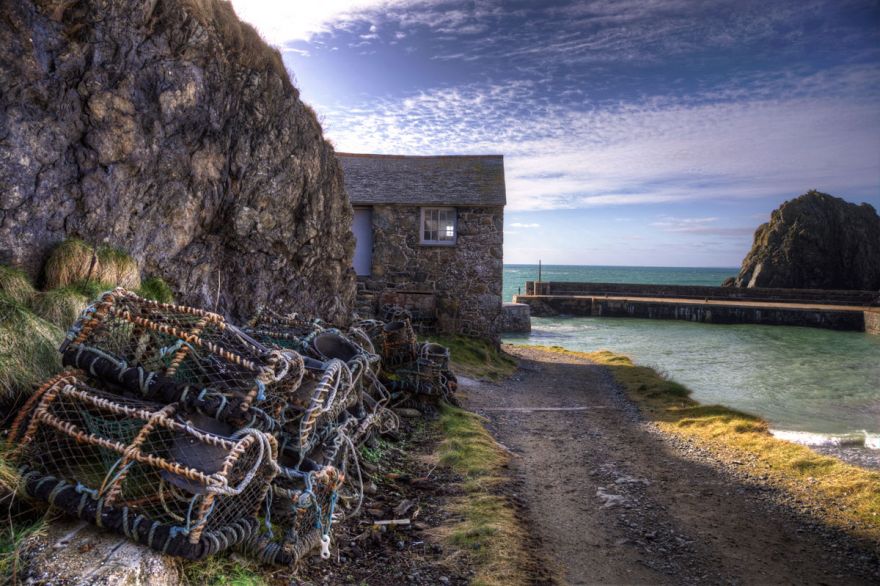 The old fisherman's cottage on the harbour side at Mullion Cove on the Lizard. I'm not sure if anyone actually lived in here or if it was just used as a net loft. There is a small chimney at the back, which makes me think what a nice, snug place it would be to watch a storm during a south-westerly gale.

The piers and cottage date back to when pilchards were big business. Things are a lot quieter these days although there is still a small fishing fleet based at Mullion.

To the right you can make out the large lump of volcanic rock known as "Scovarn", which I believe translates to "ear". Presumably the rock is ear-shaped from certain angles?!