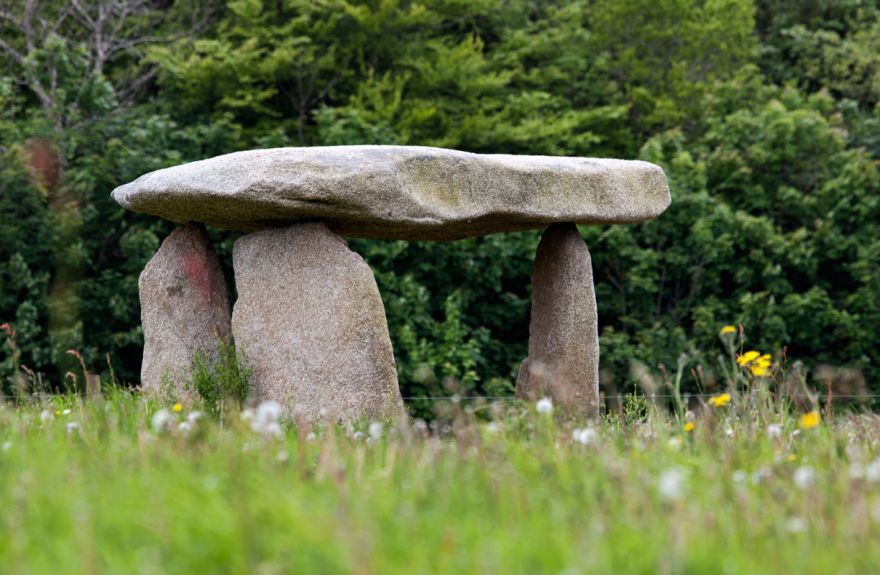 Carwynnen Quoit is a little known Neolithic portal dolmen that sits in a what is known as the Frying Pan Field on the Pendarves Estate near Camborne.

One reason this site is less well known than other quoits around Cornwall is that until 2014 it was a collapsed heap in the corner of the field.

In 1966 the monument had collapsed, apparently due to an earth tremor. However, this wasn't the first time. Back in 1842 the cromlech had fallen down but was swiftly re-erected by workes on the Pendarves estate under the guidance of Elizabeth Pendarves.

Also known as the Giant's Quoit, the cromlech at Carwynnen is on a similar scale to that of Lanyon Quoit. However, it lacks the dramatic location and the clean looking stones somehow don't convey quite the same feeling of antiquity.