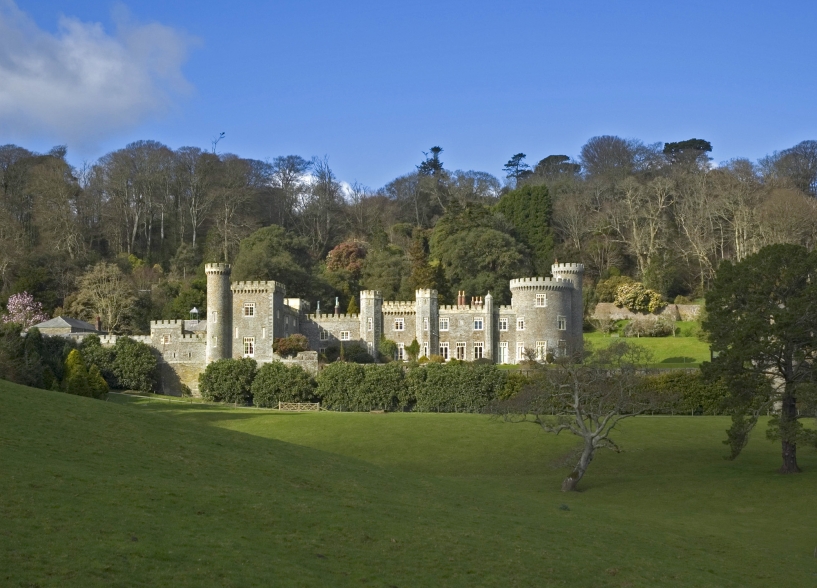 St Michael Caerhays is a parish and small village on the south coast near Mevagissey. The village and parish are named after St Michael and the local manor house, now called Caerhays Castle and located about half a mile from the village.

Although the manor is recorded in the Domesday Book as Carioggel or Cariahoil, the original building was demolished in 1808 to make way for the present turretted affair, designed by the architect of Buckingham Palace, John Nash. The terraced gardens of Caerhays Castle contain many exotic and ornamental trees and are occasionally open to the public. In 1806 some workmen who were digging a trench on the moorland of the parish found a lead box containg more than sixteen hundred pieces of Roman copper coins.

The nearby Porthluney Beach at Caerhays is privately owned and open all year round. The secluded beach is almost unique in Cornwall in that it has a large expanse of sand that is not overlooked by any buildings. It is a family beach being reasonably sheltered and swimming is relatively safe. There is also a ban on any kind of motorised water-craft to maintain peace and quiet.