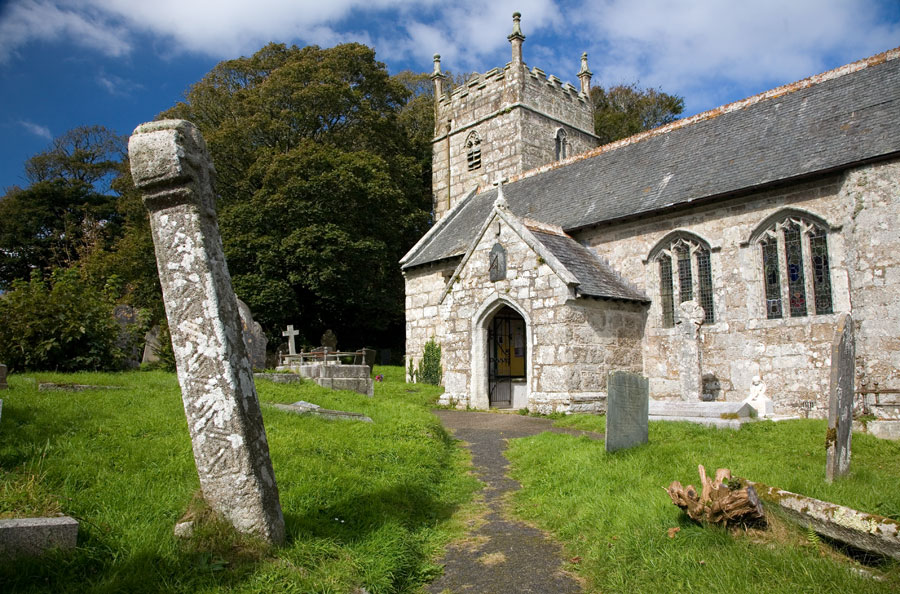 Sancreed is a village and parish about five miles west of Penzance. It occupies the central ground of the Penwith Peninsula and is the only parish in Penwith without a coastline. Legend has it that the settlement was founded by St Creden, a follower of St Petroc, who killed his father by accident and decided to punish himself by living as a swineherd.

The parish church is pre-dated by a holy well and baptistery found a few hundred meters to the west of the church by the vicar of Sancreed in the late nineteenth century. The well is also known as St Uny's well.

Sancreed is mainly comprised of scattered farms and hamlets and the undulating landscape is dominated by the Sancreed Beacon, which offers great views of the entire peninsula. The remains of a signinficant prehistoric settlement have been unearthed at Carn Euny, including a remarkably well-preserved fogou more than twenty meters long and roofed with massive stone slabs. Carn Euny, which was abandoned towards the end of the Roman period, dates back at least to Neolothic times.

Nearby Drift Reservoir is popular with anglers and bird watchers.