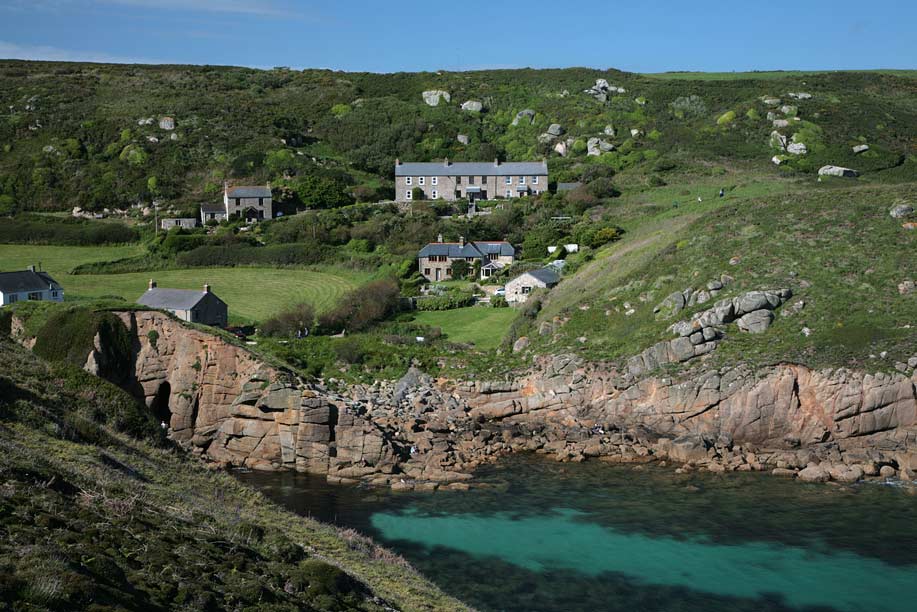 A delightful, secluded little cove complete with a slipway, caves and tunnels, which evoke smugglers and pirates, and a tiny stone hut which serves a welcome cream tea. At the foot of the slipway there is a tunnel leading upwards - it was dug by miners from St Just to allow access to the beach so that farmers could retrieve seaweed by horse and cart. The seaweed was then used as fertiliser.

The other tunnel leads to the sea and was used by fishermen who would store live shellfish in tidal 'hulleys' built into this tunnel for their weekly trip to market. Once busy with fishermen, now only one boat works out of Porthgwarra.

Porthgwarra is also very popular among bird watchers who scour the colourful heather and gorse of the cliffs for rare species. Just beyond, in the direction of Land's End, dramatic cliffs of almost geometrically-patterned granite make for a good and undemanding coastal walk to England’s most westerly point. Here, on Gwennap Head, is also a pair of markers constructed to help sailors avoid the perilous Runnelstone reef.

More recently Porthgwarra has rocketed to fame as the location to one of the most memorable scenes from the first series of Poldark. It was in the crystal clear waters of the cove that Ross Poldark goes skinny-dipping while Demelza secretly watches on.