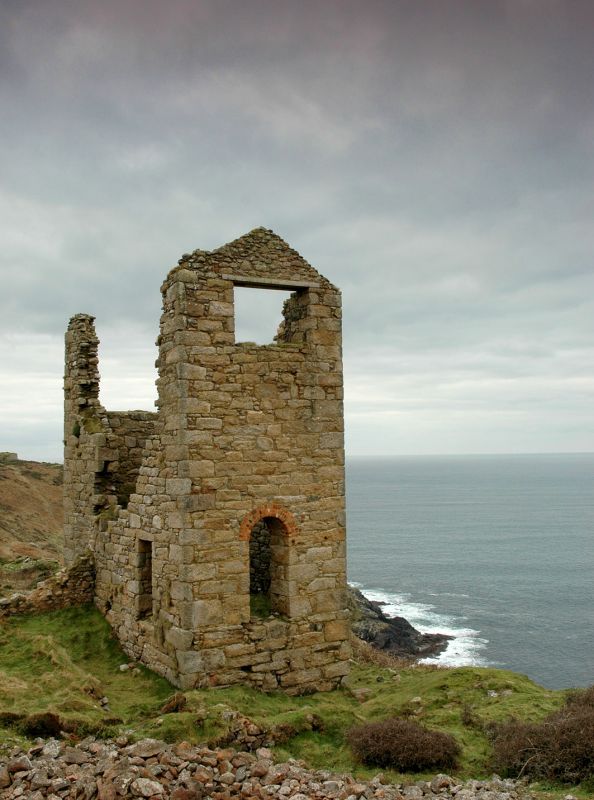 The ruined form of one of the engine houses that once provided power to the Wheal Owles mine in Botallack. These are some of the most dramatically located mine workings to be found - a fact not lost on the Poldark TV production crew who used the better preserved Wheal Owles West engine house for filming mining scenes.

In its heyday, in the 1870s the mine here was a huge enterprise. Over 450 people were employed, there were 11 engines and the mine reached a depth of nearly 1,200 feet with 30 miles of tunnels. However in 1893 disaster struck. On the 12th of January a group of miners working at below the sea accidentally broke though to the abandoned neighbouring mine workings of Wheal Drea. As the sea water broke through the rushing air blew out all the lights on the level plunging the miners into darkness.

In the end 20 miners died. No bodies were ever recovered and the mine never reopened.