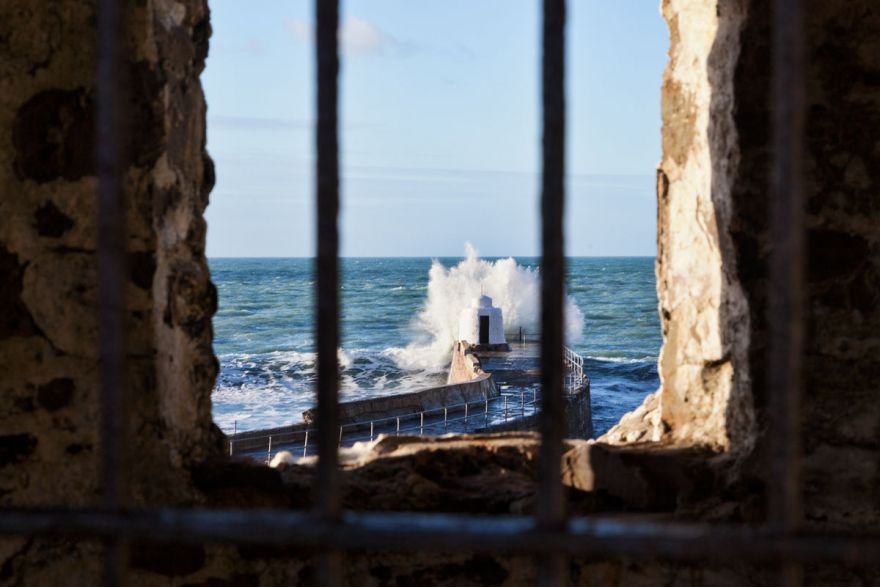 Looking out over the pier from Deadman's Hut in Portreath. This small white round hut was used as a lookout by the harbour pilots to help guide the ships in. Its official title is the Lower Pilots Lookout.

Back in the day the harbour pilot would signal to ships whether or not it was safe to enter the harbour. Flags were used during the day and lanterns at night.

However, the hut also has a darker past, hence the name. On occasions when bodies were washed up at Portreath from shipwrecks or other accidents they were sometimes stored in the hut which became a makeshift morgue.