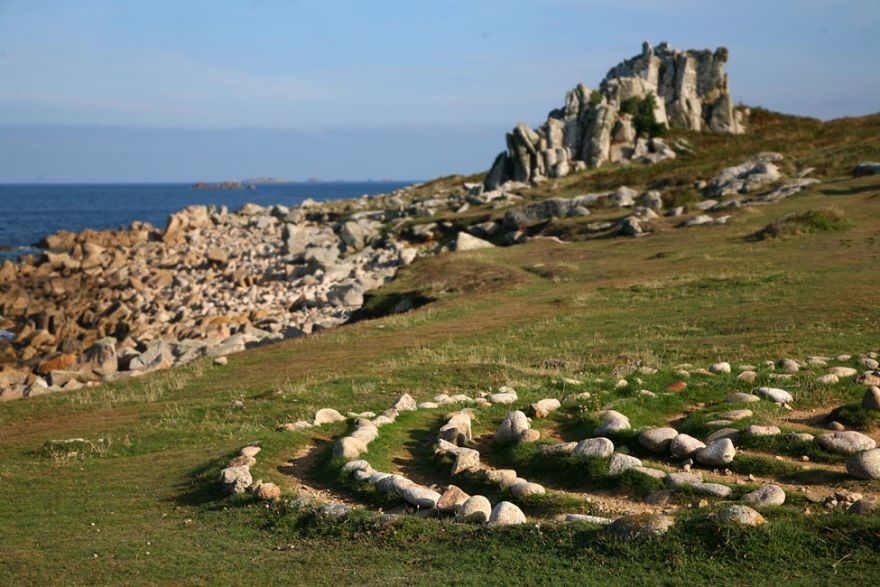 The Troy Town Maze on St Agnes in the Isles of Scilly. The name Troy Town was commonly given to such mazes which were cut into the turf throughout Britain.

The seven ring maze is of a type common throughout Europe and often built on sea shores to protect sailors by sending them fair winds.

The current maze here is thought to be the work of Amor Clarke, a lighthouse keeper on the island in the 1790s. However, excavations in the 1980s revealed a much older maze on the site.