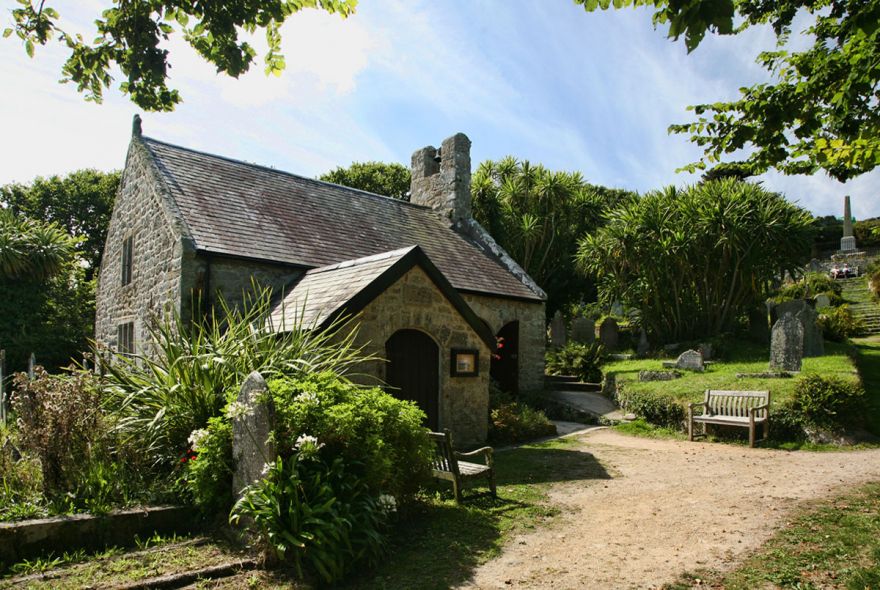 St Mary's Old Church dates back to the 12th century although much of what you see today was built in the 17th century. Dedicated to St Mary the church gradually became unused over the next hundred years as Hugh Town supplanted Old Town as the major habitation on the island.

By the 19th century the church had become derelict. However, the church was saved from ruin when the Lord Proprietor of the Islands, Augustus Smith, ordered it be restored.

The churchyard here is of particular interest. With beautiful views over Old Town Bay the cemetery contains the graves of ex-Prime Minister, Harold Wilson and victims of the Scillies naval disaster of 1707.