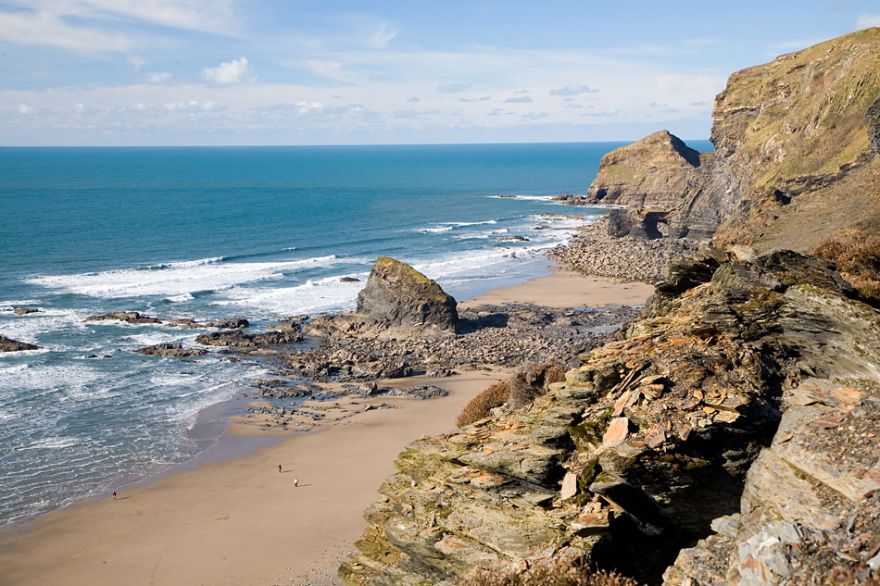 A closer look at the Strangles beach in North Cornwall. The beach's name comes from the treacherous coastline around here on which countless ships have met their fate. The scenery is that bit more dramatic here owing to the scale of the cliffs, this area has the highest cliffs in Cornwall.

The geology here is also of interest with many weird and wonderful rock formations such as the sea stack and rock arch. The striated rocks are part of what is known as the 'Crackington formation' named after Crackington Haven which is just around the corner.