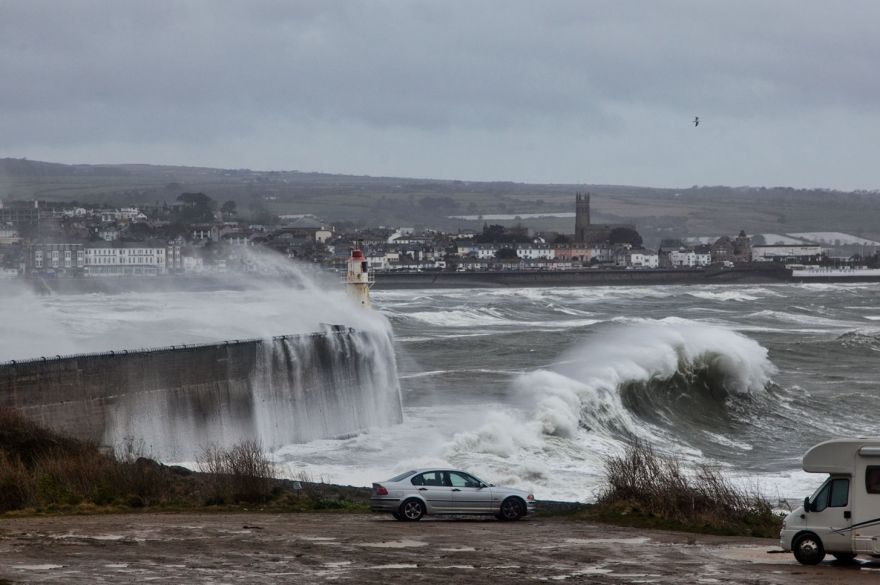 Stormy seas over in Newlyn with Penzance in the background.

This is taken just off the little beach south of the harbour, not sure what it is called - possibly part of Skilly beach. Anyway, this is what it looks like after it's been blowing gale-force south-easterly for a day or two.

If you hadn't noticed the wave actually seems to be going out to sea. This is because it is created by the wave rebonding off the harbour wall and crashing into the next incoming wave. There is a far better photo of this effect taken by the late Jacob Cockle which made it into several of the national newspapers.