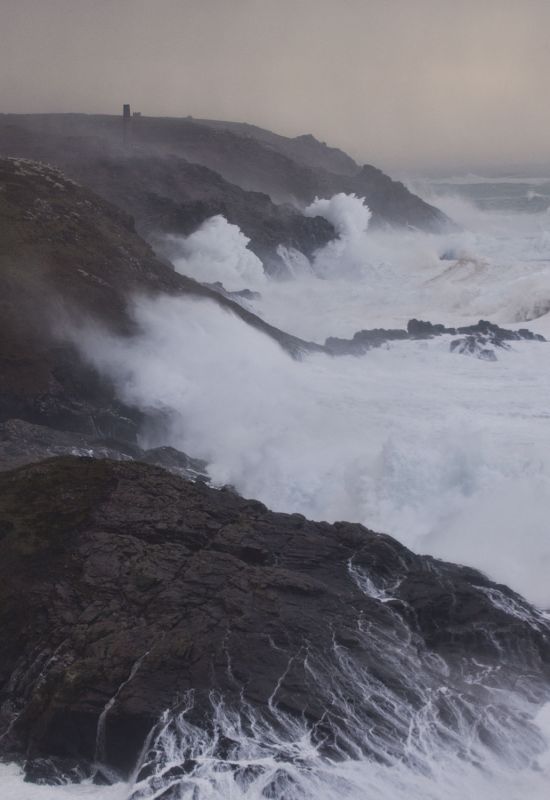 The cliffs of Pendeen take a pounding during the biggest storm of early 2016. Storm Imogen came only a week after Gertrude and Henry but tracked much further south slamming Cornwall with high winds and huge waves.

Whilst photographs, by their nature, freeze things, there was nothing stationary in reality. It was hard enough to stand still and the air was full of sea spray, even high on the cliffs. Also despite it being only 3.30pm the sky had become very dark and ominous - an hour earlier it had been glorious sunshine (and gale force winds!).