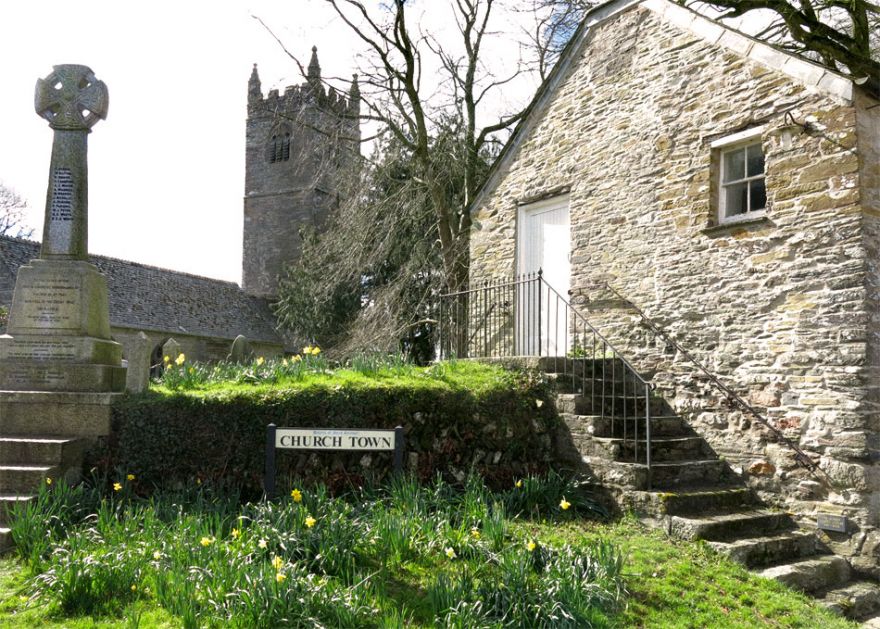 At the centre of the North Cornish village of St Tudy is its 15th century church. The site itself is much older, probably Celtic.

To the left is the war memorial, a sad fact that even peaceful rural villages like St Tudy weren't spared from the horrors of war.

On the right is 'the Clink' - originally this was the church ale house (sounds strange now!), later it was a police cell (hence the name) and later still a school house. Now-a-days the Clink is used as a community room for the village.