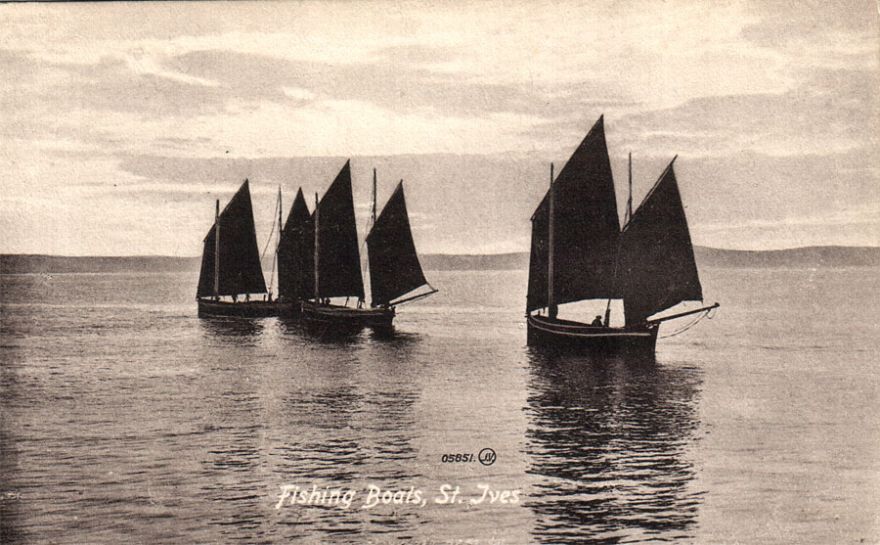 Fishing boats out in St Ives Bay around the early 1900s. These boats were classed as 'jumbos', an ironic reference to their smaller size. These small, flat-bottomed boats with their two masts were pointed at both ends to deal with the rough Atlantic.

The jumbo class was short lived, around 15 years, as the decline in fish stocks coincided with their introduction.

Over recent years several replica boats have been built by enthusiasts in St Ives.