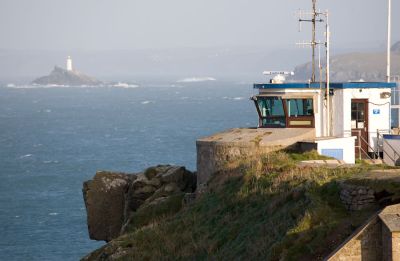 The station is located on the Island, on the site of a battery of guns to defend the coast from the French in the 1860s.

The station was operative until 1994 when many local watch stations were closed.