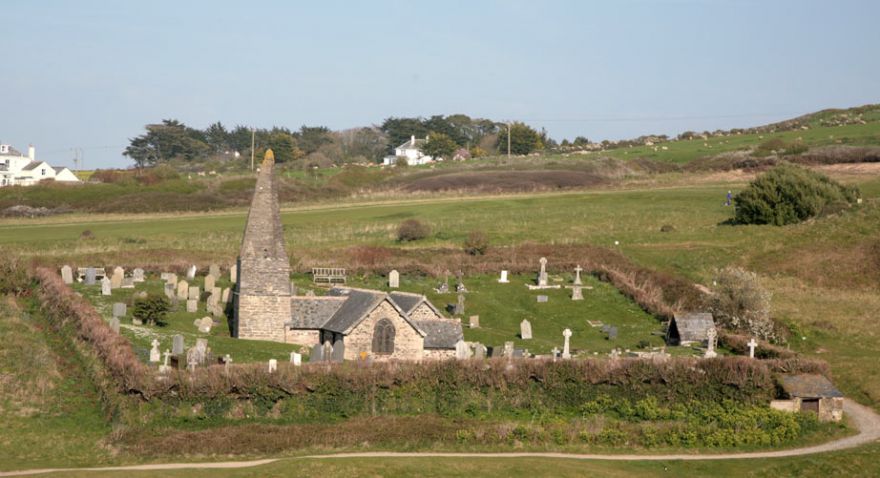 St Enodoc's Church near Rock with its It's distinctive crooked 13th century spire.

In the 19th century it is reported that the church was almost completely swallowed by the sands of Daymer Bay. Apparently the only way into the church was through the roof! From this episode the church gained the nickname of Sinking Neddy

The graveyard contains the graves of some of the sailors who have lost their lives on the infamous Doom Bar as well as the poet laureate, John Betjeman