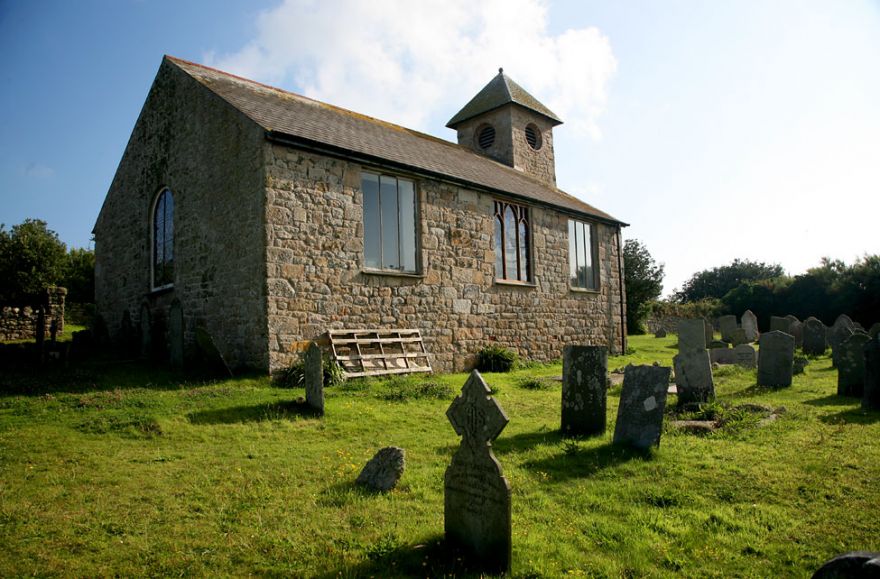 The current church dates back to the 19th century and was paid for with the proceeds from a shipwreck. The bell is in fact from the ship that was wrecked.