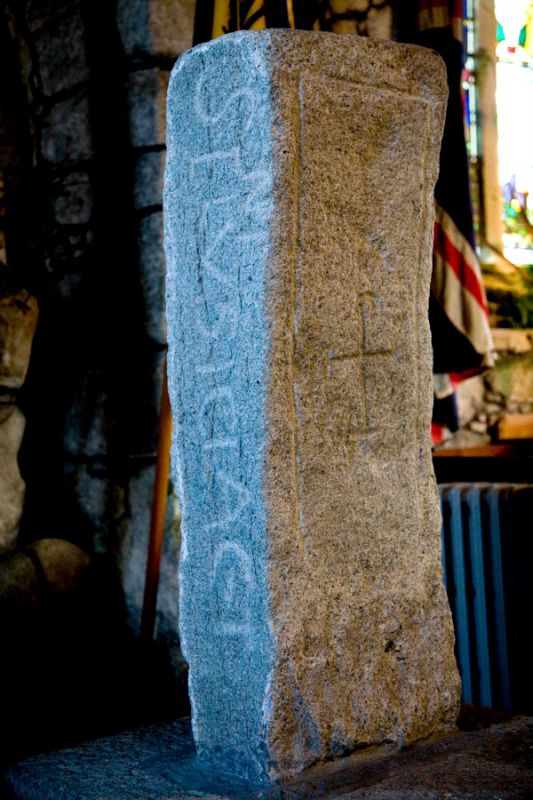 The Selus Stone was originally built into the wall of the church by the altar. However in 1824 it was removed and placed here.

The stone measures around 5.5ft (1.7m) and is inscribed with a Chi Rho cross on one face and the inscription SELUS IC IAC-T (Here lies Selus) on the other.