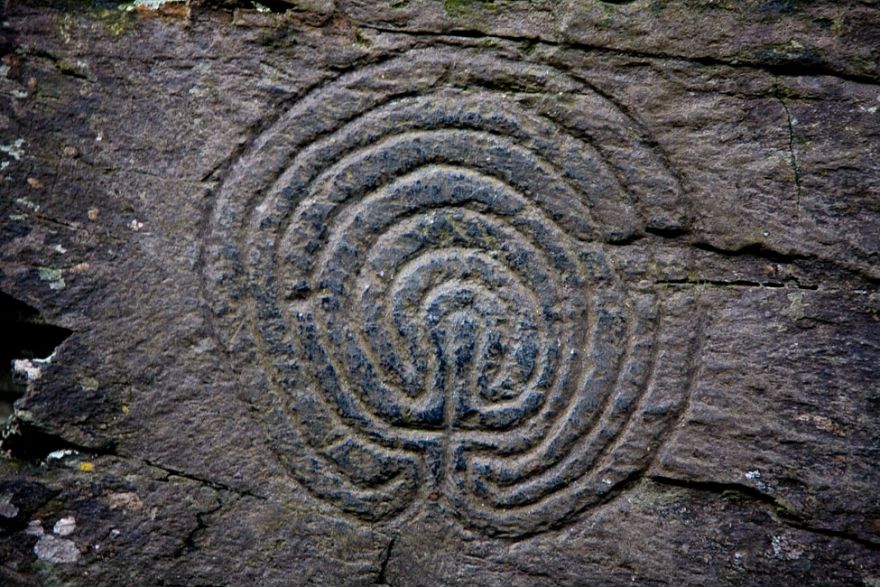 This carved maze can be found in Rocky Valley near Tintagel. There are two such rock carvings on the rock face behind a derelict mill half way down the valley.

There is some debate as to the origin of the rock carvings. The most appealing suggestion is they are truly ancient, dating back to the Bronze Age. This idea is based on the fact that similar style carvings of this era have been found in Galacia.

Given the state of preservation and tools required to carve the mazes others claim the mazes are Celtic in origin. Another opinion is they are later still and date back to the time the mill was built.

Whichever of the above are the case the site is close enough to the land of fairies and crystals that is Tintagel for them to have become a bit of a New Age shrine.