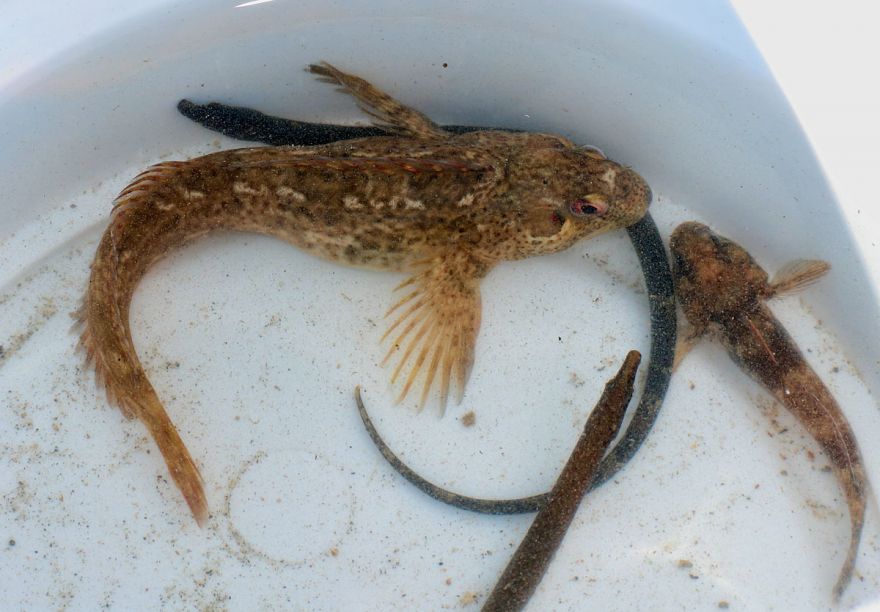 A collection of fish found on a recent rockpooling excursion in Marazion.

Now I'm no expert on identifying fish species so I could be wrong about these, but I'll have a go anyway.

I think the big fish is a shanny or Lipophrys pholis if you like. It is a type of blenny and also known as a 'sea-frog'. I'm not sue if this isn't the same type of fish I've heard called 'bull cod' too.

The two long thin things are also actually fish. These are snake pipefish. Apparently they can grow a lot bigger than this, up to around 60cm.

Snake pipefish were relatively rare up until around 10 years ago, but have been on the increase since. There didn't seem to be any shortage under the rocks of Marazion.