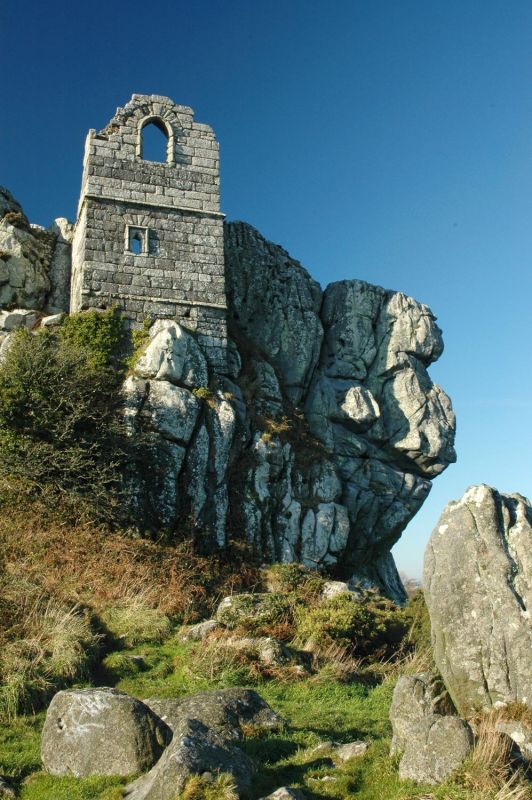 The dramatic ruins of the 15th century chapel on Roche Rock.

The site is where a hermit built his cell. Some say he was a shunned leper from the Tregarnick family, whose daughter, St Gundred tended to him.

The chapel (dedicated to St Michael) also features in the tale of Tregeagle. It is where he sought sanctuary after being chased by demons. The small window is maybe the one where legend has it Tregeagle had his head stuck!