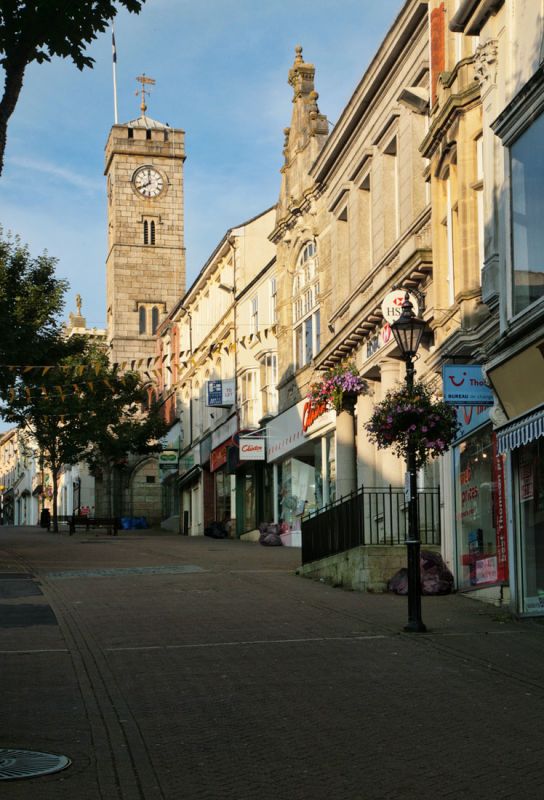 View up Redruth's main shopping street, Fore Street. Still an attractive street with some fine buildings dating back to Redruth's heyday when it was at the vanguard of the industrial revolution.

The old clock tower is the most prominent building on the street. Originally there was a wooden town here but the current tower was built in 1828 with the top storey added in 1904. During the 1840s the ground floor was used as police cells.