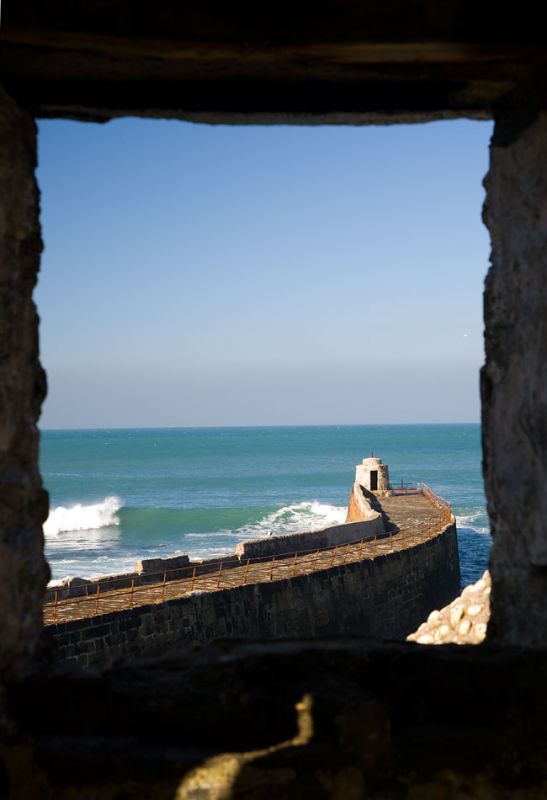 Taken from the appealing named "Dead man's hut" this is a view out over Portreath pier. The structure on the end of the pier is the "Monkey House" which was where the harbour pilots would shelter between guiding ships into port. This was what Dead man's hut (which has a similar appearance) was used for too. The name comes from the fact it was used as a temporary morgue for bodies found washed up in the old days.