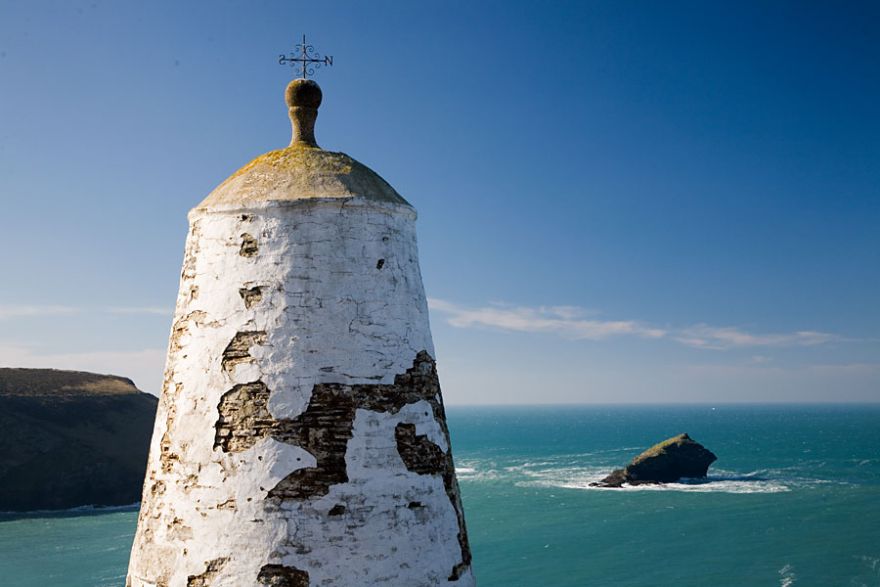 The daymark on top of North Cliff at Portreath is known locally as the Pepperpot. It was built as a sign to passing shipping so they knew where they were. It was built in 1846 and also used as a coastguard lookout.

The big rock sat out to sea is Gull Rock. It seems the big rock of every beach and point is called Gull Rock, and Portreath is no exception!