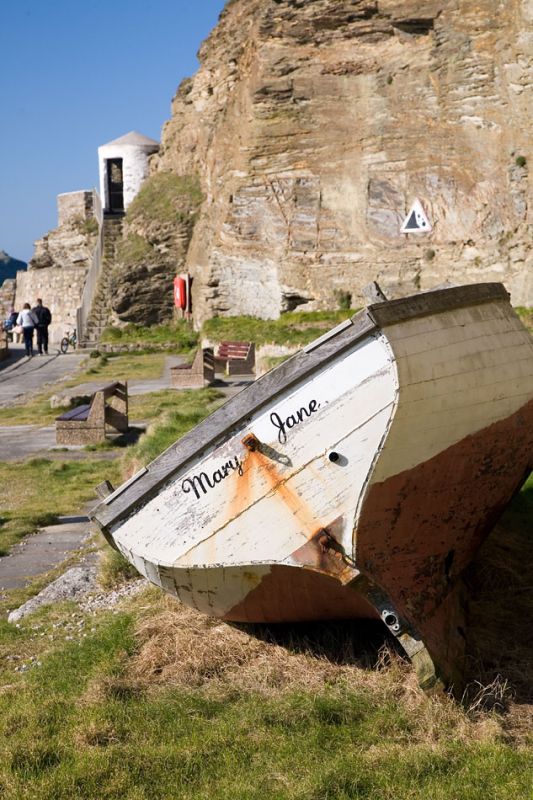 Harbour side of the outer basin of Portreath Harbour. The outer basin was added in 1801 to allow for a bigger fleet of ships. Most of the trade was between Portreath and South Wales. Copper was shipped over to the foundries of Swansea and coal was shipped back to power the engines that pumped the copper mines.

At its peak Portreath harbour was exporting 100,000 tons of copper ore per year and handling 700 ships. This declined with the mining industry but the port was still used commercially until 1960.