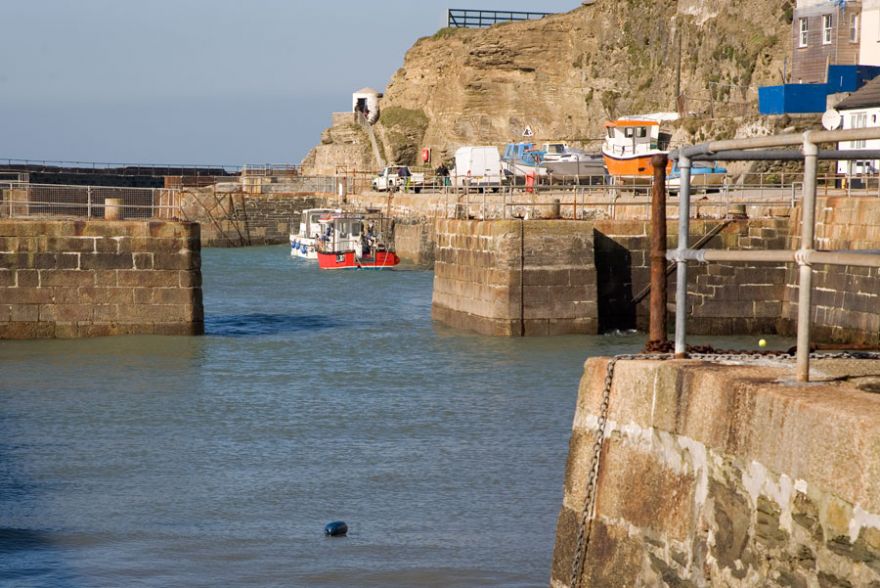 Looking down the harbour from the Slipway in Portreath. There has been a harbour of some sort in Portreath since the early 17th century but it was during the industrial revolution that the harbour was developed by the Fox family.

In the early 1800s Portreath was described as the most important port in Cornwall. Ships would export copper mined in the Gwennap area to Swansea where it was melted. On the return trip the ships would be laden with coal from the Welsh mines.

The harbour has always been difficult to enter and only the brave would attempt to make land here during a heavy swell. Hence with the decline of the mining industry and other means of transport the harbours use dwindled to a small fishing fleet which remains today.