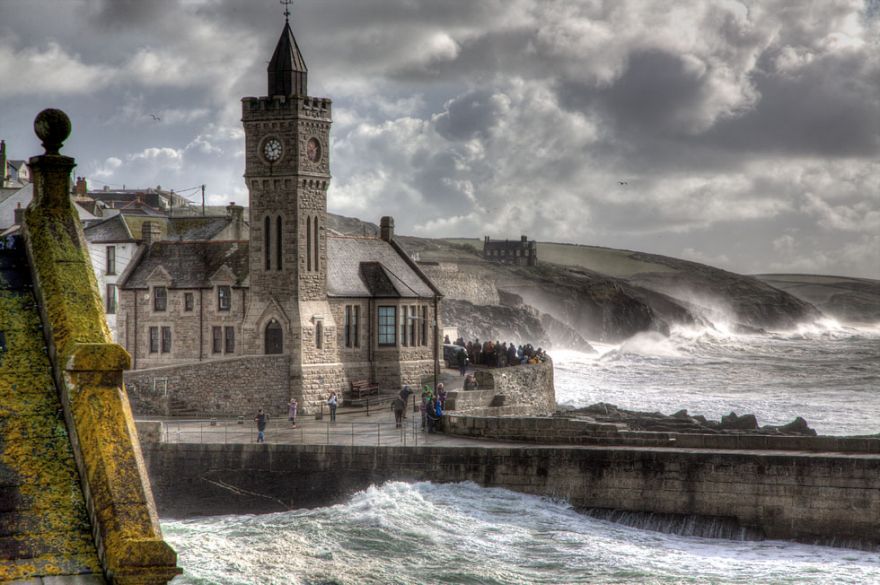 View across the harbour, past the lifeboat house to the Institute at Porthleven. This was the morning after a strong wind had been blowing west-south-west most of the night. The weather reports had heralded it as being a 'not every year' storm, however, in reality it just turned out a bit blowy.

That said, the scene here is fairly dramatic with waves rolling up the outer harbour and smashing against the cliffs up the beach.