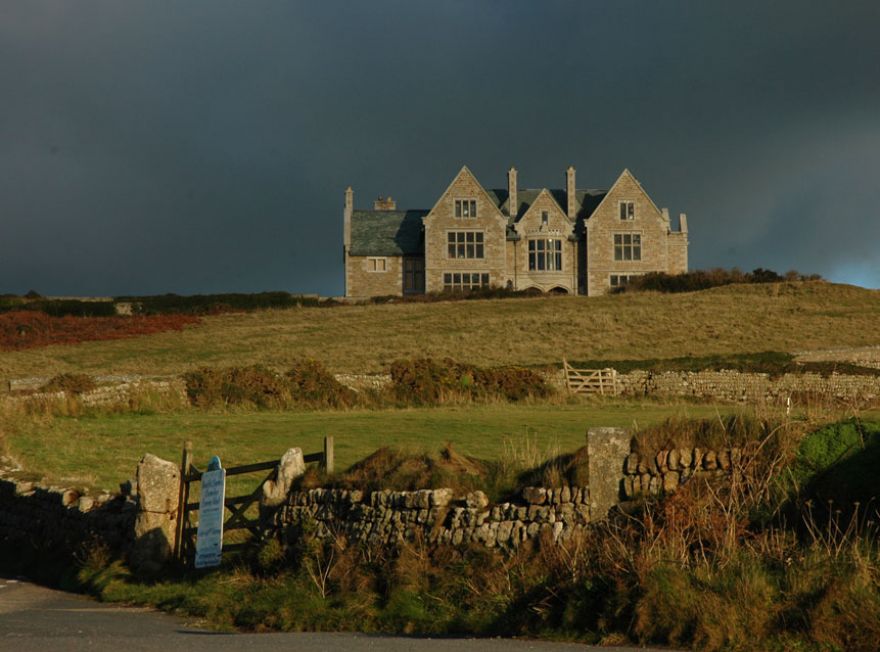 Porthledden House over looking Cape Cornwall with a rather dramatic black sky.

The mock Elizabethan house was built by Francis Oats in the late 19th century with money made from being a director of the De Beers diamond company.

The house has recently been renovated after many years of decline