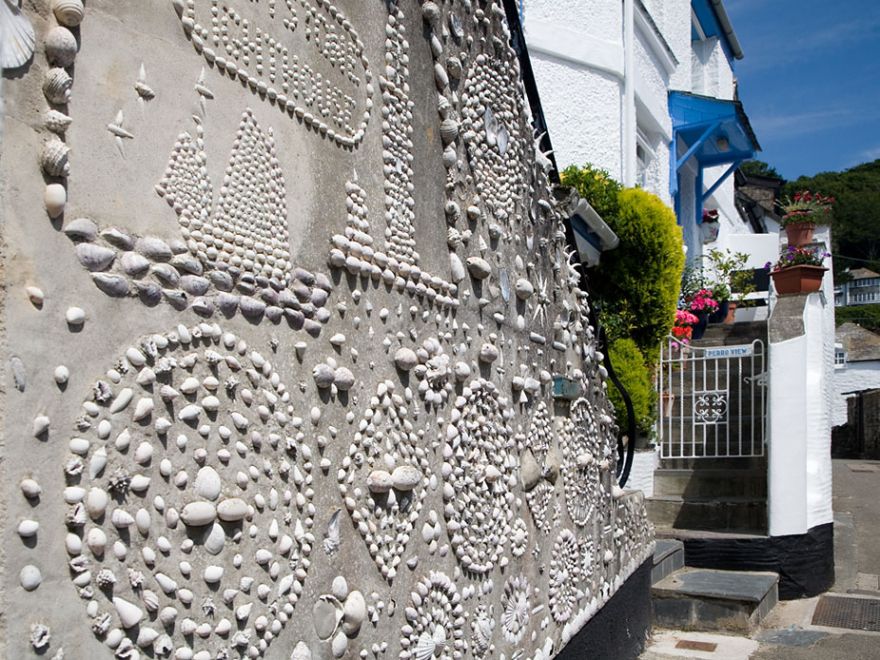 Another view of the Shell House in Polperro. This oft photographed 19th century fisherman's cottage is situated in the old 'Warren' part of Polperro overlooking the harbour.

The wall of the cottage was decorated in this manner over a five year period in the 1930s by a retired sailor, Samuel Puckey. Many of the shells came from Mr Puckey's travels around the world during his days at sea.

Today, the cottage is a holiday let.